Complacency in the Workplace | A Productivity Killer

Complacency in the workplace often follows successful navigation through a highly competitive environment or crisis that threatens the company, as a collective sigh of relief. This is rooted in the belief that the organization is on the leading edge of success without ensuring that it is.

“the figures are better, but there are no grounds for complacency”

What is complacency in the workplace?

Complacency in the workplace often follows successful navigation through a highly competitive environment or crisis that threatens the company, as a collective sigh of relief. This is rooted in the belief that the organization is on the leading edge of success without ensuring that it is.

However, individual complacency has many sources: absence of a major and visible crisis; many visible resources without clarity of the validity; low overall performance standards; narrow functional goals for each employee; poor KPIs; lack of sufficient performance feedback (internally and externally); low confrontation culture; positive messaging out of line with reality; and stress.

Employees that are becoming complacent will:

This all adds up to less innovation, less trust, and less loyalty. If turnover is on the rise, excitement is dwindling and your numbers are dropping, complacency may already have a strong hold on your team. Are you or your team members making decisions based on all the facts? Or, only to relieve a sense of anxiety? How does complacency kill productivity?

When complacency is prevalent, new initiatives do not take root easily, competition is not closely studied, and market changes are not examined for new approaches. Without intervention, resistance to change increases over time. Are the actions of you and your team members proactive or reactive? Consistent productivity should not manifest as frantic activity on a regular basis. Busy schedules do not always equate to productivity. Full calendars can kill productivity in its tracks, making everything seem urgent.

“True urgency focuses on critical issues. It is driven by the deep determination to win, not anxiety about losing. Many people confuse it with false urgency. This misguided sense of urgency does have energized action, but it has a frantic aspect to it with people driven by anxiety and fear. This dysfunctional orientation prevents people from exploiting opportunities and addressing real issues.” – John P. Kotter

Urgency comes from a greater purpose focused outward, to make good things happen while handling emergencies is a reactionary inward approach to saving ourselves from the daily crisis. A false sense of urgency drives us into a state of psychophysiological distress. If we experience this on a chronic basis, even our health will suffer!

Does complacency have a hold on your team?

Don’t fret! All is not lost. You can re-engage your team in many ways. However, beware of pitfalls. Damage control can support complacency in an era when complacency can be deadly. Over 70% of all major transformation efforts fail because organizations do not take a holistic approach to change themselves.

Complacency is a major issue for organizations. There are no quick fixes; however, there are many tools that can help you succeed. Enhancing your company culture with an infusion of team building and employee empowerment will boost your bottom line. 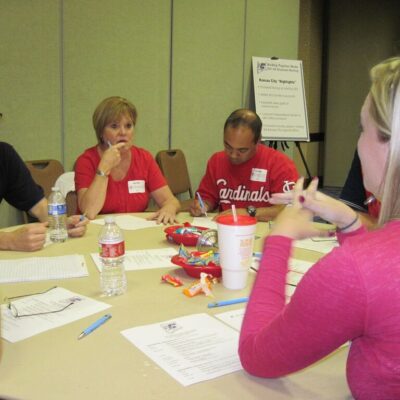 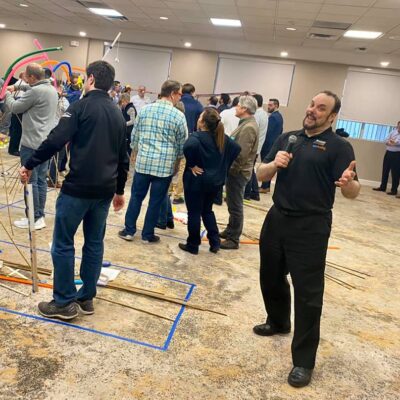 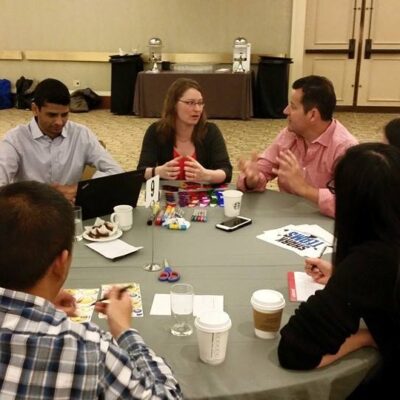 Workplace Accessibility: How to Create An Accessible & Inclusive Organization

Your team consists of diverse individuals with various abilities, skills, and talents. And each employee deserves equal access to the tools and resources to fulfill their job responsibilities without unnecessary barriers. 8 Tips On How To Give & Take Constructive Criticism At Work

Most people don’t like criticism, especially in the workplace. Have you ever been on the receiving end of it? Do you remember your physical reactions? Did you stop listening to them? Maybe you became angry and defensive or even hurled back criticism. Happy November! Here’s to a month packed with charitable giving, being thankful, better teamwork, and happier teams. Check out our list of this months featured in person, virtual, charitable, and culinary activities to try with your team. And by the way, it’s time to start planning your company holiday party!