The Key to Helping Your Team Connect in Difficult Times

In this week’s episode of the “TeamBuilding Saves the World” podcast, special guest Christopher Schembra, bestselling author of Gratitude and Pasta: The Secret Sauce for Human Connection and the man behind “An Attitude of Gratitude” joins host Rich Rininsland for a frank discussion on how connections between team members can help — or hinder — productivity.

“Everybody’s got that bad boss…that disconnected team,” he noted. “Everybody’s realizing that people are missing massive amounts of productivity by not being actually connected. There’s a fear when you don’t connect with your team on a frequent basis, you develop a fear of speaking up.”

In the corporate setting, gratitude doesn’t mean being thankful to have a job — rather, it is the emotional attachments between team members that help support creativity and innovation. It is a feeling of trust and safety that ideas will be given due consideration, no one will be made to feel as if their ideas aren’t good enough, and everyone will have a chance to contribute their voice.

Creating that sense of gratitude can be hard when everyone is working isolated from each other, as has been the case for the past 18 months. But that’s why Virtual Gratitude Experiences are resonating with corporate audiences of all shapes and sizes, providing an alternative way to forge those bonds while still keeping the team safe and healthy. The idea behind Attitude of Gratitude started in a way most wouldn’t expect — with pasta sauce. After a trip to Italy that Schembra credits with ultimately changing his entire perspective on life, he realized that he was looking for something more. He notes that he “started playing around with different recipes, accidentally created a pasta sauce recipe,” which then led to a need to share it with others to see if it was any good.

And so, he invited a friend over. And then they came back, this time bringing a friend. And then it continued to grow. “And a ritual began night after night, week after week, month after month — we started gathering people, and I fell in love with the joy of inviting people over, working together to create the meal, having some pretty good conversations, everybody crying and liking my sauce. “

As those relationships grew and flourished and led to even more connections with people, Schembra noted that he fast realized that it wasn’t the sauce bringing people together: it was the need for human connection.

The Experience as a Craft That insight sparked another conversation that ultimately led him on the path he walks today. It was, he notes, “…a simple question. If you could give credit or thanks to one person in your life that you don’t get enough credit or thanks to, who would that be? Who have you never thought to thank? And we realized. That’s what we would dedicate the rest of our life to.”

Schembra decided to build on that idea and took a “craftsman” approach to gratitude and forging stronger bonds between people, whether the team is 20 people or 45,000 people. And, eventually, “we got good enough that companies were calling us, and we started working with them on two different things: team building and to help them produce experiences that brought together their external relationships.”

His aim with the Attitude of Gratitude is to create an experience where people develop a mentality of serving their peers, and a “posture of humility. I’m going to give the biggest person in the room the most menial task. And so, you’re leveling out the hierarchy — you’re putting people on the same page, and then you’re giving them sweat equity ownership and the experience. Our experience, quite literally, is everybody working together to create the meal. That shared group experience bonds the people in order to prepare.”

That experience of making a meal together is then followed up with sitting down and eating together, having engaging, thought-provoking conversations that further deepen those connections.

When the world went virtual and the team pivoted — just like everyone else — this idea of team gratitude and connection became even more critical, while creating those bonds became even more difficult. So Schembra re-worked the concept to one of gratitude as thought leadership, with a three-part program that can be enjoyed by teams of all sizes, no matter where they are based.

The 90-minute experience starts with just “getting people to come into the present in order to create a connection,” he noted. “Let’s acknowledge that we’re feeling a certain way, and let’s talk about it.”

From there, the “second act” is all about diving into the past using gratitude. Schembra returns to that original “gratitude question” that started it all: “If you could give credit or thanks to one person in your life that you don’t get enough credit or thanks to, who would that be?” This is a chance for participants to explore the individuals who have helped shape them as people and as team members and break down the lessons learned so others can benefit as well. “Isn’t just about paying it back,” he said. “Gratitude’s also about paying it forward. So you can use gratitude to pay for benefits that you’ve been bestowed by others.”

Finally, the last act in the virtual Attitude of Gratitude event is looking to the future and building a true community based on the bonds that have been created.

“If you want to communicate to others what you believe in every day, don’t share your story — share the stories of others,” he said. “That’s the posture of otherness, of humility and servant leadership that we’re talking about for connection and growth. If you have done all of that thing, you will be able to realize there are other people in this world who believe in the same things you believe in, and you will feel that much more humanly connected.” And that approach has paid off. “We found that we have a 99.998% success rate getting people through a positive, emotional transformation within this 90-minute positive psychology,” Schembra said. “They come in, quantifiably feeling pretty bad — the world is in a state of shock. And we take those moral barometers, and we compare them with how they feel when they’re leaving, and it’s night and day. The only 0.002% of people who reported some sort of negative emotion upon exit felt guilt, shame, regret. ‘How did I not thank someone sooner?’ It helps shift someone’s life. They’re going to talk about that. And if you just keep doing that, that’s how you’ll grow.”

To learn more about the Attitude of Gratitude, including several ways to cultivate more gratitude both on an individual level as well as a team, listen to the podcast, or sign up for the virtual TeamBuilding event for the full experience for your team. 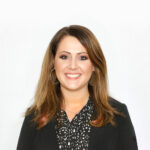 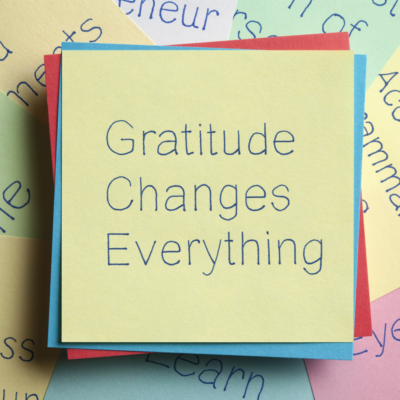 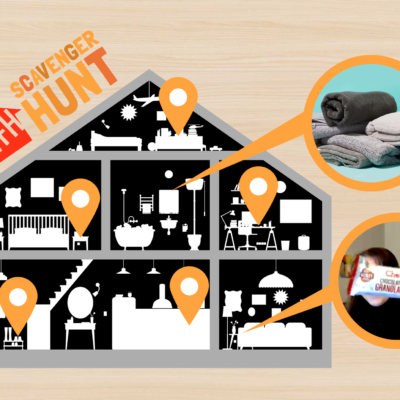