“All our dreams can come true, if we have the courage to pursue them.” – Walt Disney

Team building quotes do not only inspire teams to work together, but they also encourage individuals to be the best that they can be. With everybody in a team dreaming about their own goals and successes, it will create an atmosphere that is very productive.

Disney is one of the most recognizable and successful brand names in history, but most people do not think about the genius behind the empire. This week’s team building quote comes from Walt Disney himself. He is one of America’s most profitable businessmen, and he doesn’t even know it!

During his time, Walt laid the foundation for how we see Disney today. He was a great film producer and animator, but he did not live to see how his brilliant brand and ideas adapted to modern society.

The Walt Disney Company today is a multi-billion dollar corporation and its products include Walt Disney Studios, Disney Channel, ESPN, A+E Networks, ABC Family, ABC, publishers, theaters, music divisions, and 14 theme parks around the world. Without his innovative thinking and notion of dreaming big the entertainment industry would not be what it is today (and there would be no Prince Charming!).

The magic of Walt and his empire still inspires us today to dream big and follow our hearts. All of the famous, classic Disney movies portray the message of working hard to get what you want and hope whether it is The Lion King or Cinderella. Having the courage and integrity to follow your dreams is the first step to being successful.

Have you ever wanted to create your own movie? For some more team building inspiration, check out the Your Team: The Movie team bonding program to feel like Walt and experience the magic of Hollywood while connecting to your coworkers and working together! 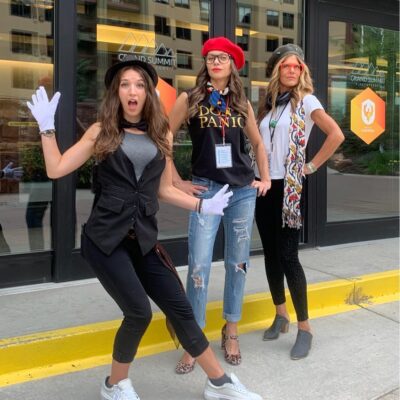