Performing as a Team – How to Succeed

Okay, so maybe you’re not the only team to get here, but you’re still kind of a big deal! You know what I’m talking about right? The big, hairy audacious goal – performing as a team!

Only the strongest teams can call themselves members of this most elite group.

Not only have you worked out all the kinks, but you’ve become a well oiled machine. One of the nicest things about performing as a team is that the team no longer needs external supervision for the most part. You’re highly efficient, motivated, goal oriented and most importantly, you work together as a team instead of as a group of individuals. Go team!

Rinse, and Repeat. Continue performing as a team!

Just like any living thing, your team will go through growing pains from time to time. You may find yourselves back at the Storming or Norming stages for a short period of time, but if your team has strong leadership and a worthwhile purpose that periodic step back won’t last long. Plus, revisiting other stages of group development may be necessity when dealing with change, like adding new team members to the group.

Change Management can all help you keep your team morale high and minimize any bumps in the road. Or, if you’re up for celebrating your monumental achievement of performing as a team, check out a TeamBonding game show such as In It To Win It or a GoTek Hunt.

You’re team deserves it, and so do you! 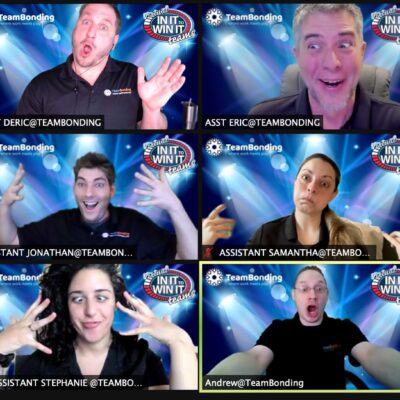