At Last the Secret to Breaking Barriers is Revealed

I’m Joyce Ngo – public relations enthusiast, student, and currently TeamBonding marketing intern. This summer as part of my internship I will be focusing on social media and bringing the experience of the events and programs we do to the mass public from my perspective. You’ll get a behind the scenes view of what happens before the event and the preparation that goes into it. I’ll be posting blog posts about my observations and experience at each event. Basically, you’ll get to see what Joyce the Intern sees, no fluff. This time I went to a Breaking Barriers event.

I’m not going to lie, when I first heard about Breaking Barriers I thought “fancy wood breaking.” Turns out it is wood breaking, but it is also so much more than that.

Breaking barriers is actually a team building exercise where one-inch thick, square foot wooden boards are broken. They’re used as a metaphor for the obstacles and barriers that keep you from achieving your goals, personal and professional. Participants each determine their own barrier that they’ll choose to be committed to working on, write it on their board, and then write the outcomes they want to achieve or gain once they commit to breaking through the barrier. Everyone in the session will then try to break through their board with either their hand or foot as a symbolic gesture of breaking through their barriers and achieving their goals.

Troy Stende, the facilitator who has been doing this for 20 years, was such an energetic presence that you couldn’t help but get hyped up too. He spoke about everyone having some kind of barrier in their life whether connected to their personal or professional life and that to grow as a person, you need to overcome that barrier. As a first step you have to acknowledge that there is a barrier and what it is. It’s a test in how vulnerable and open you can be with being able to admit that you do have a fear, it is real, and you are willing to recognize it. Sure, it’s relatively self-explanatory that you have to acknowledge a problem to be able to fix it, but it’s harder to do it in front of 100 other people and then talking about it with someone that’s a virtual stranger. Being an assistant for the event, I assumed (wrongly) that I would just be acting as solely support for Troy and that I’d mostly be standing around until there was an emergency he wasn’t able to be there for that I’d be stepping in. No, absolutely wrong. I was actually able to participate and interact with the group we were working with directly. I set up the cinder blocks for them and “coached” them to break the board, which mostly consisted of me telling them “you can do it, I know you can” or encouraging them to keep trying when they weren’t able to break the board on the first go. Sounds like empty words and I thought they would be too, but I actually found myself believing it. I could see the effect it had on some of the participants in how they kept trying. Even though they might have been embarrassed about not being able to do it in front of everyone, they still kept at it. If anything it made them more determined. Because, honestly, it’s easier to give up then to keep trying when you’re put on the spot. We all know it, we’ve all experienced it.

One person was so nervous she was shaking. She kept saying she couldn’t do it. While I was counting down to go she jumped the gun and actually went on two. She hit her foot right through the board on the first try with no problem. She was so shocked and busy saying sorry for going early, but it didn’t even matter because I was just happy she was able to do it and I was able to help her; moments like that were rewarding, knowing that I had helped someone achieve something. “Writing my fear on a board, somehow made it seem more tangible and real.” This was common among some of the comments I heard during the event. Seems like a ruse right? One of those things where they say it works and it’s really more for show than anything actually being gained. I’d be inclined to think so too if I hadn’t had the chance to actually be a a part of it. When I had my own chance to break a board (I honestly didn’t think I could do it) I genuinely felt like I took a step towards confronting my own barrier. No, I’m not just saying that for the sake of this blog. I typically just bury the thought and ignore it even though I’m well aware it’s there. Writing it down though was like admitting it outloud. Funny thing is it had more to do with writing down my fear and the positive outcomes if I overcame it than actually breaking the board. Which I did feel a lot of satisfaction in being able to break it. Breaking Barriers is a very positive, motivating experience that even I felt the energy of. It wasn’t even geared towards me personally. If you have the chance or opportunity, I completely recommend it! 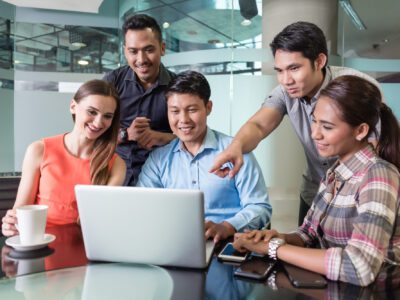