As September 1st approaches, my mind drifts back to Harry Potter* yet again. I remember being a child and preparing to go back to school – but wishing that I could instead be catching the Hogwarts Express and heading off to some grand adventure. If you read our last blog post, you know that there are many lessons from Harry Potter than can be applied to our real lives. So in honor of the impending date of the return to Hogwarts, here are 7 more things you can learn from the Harry Potter books.

1) Reward Courage (And Those Who Take Risk)

The first Harry Potter book concludes with the headmaster giving house points to the three heroes for their daring and intellect while fighting Voldemort. However, it the final points are given to Neville Longbottom, who stood up to not a dark wizard, but his own friends.

Here Dumbledore rewards a student who did something difficult and risky because it had to be done. Managers can apply this same reward model to their own teams. Always notice when someone’s doing something difficult, and express your appreciation.

2) Believe In Yourself in The Face of Doubt

One of the more abstract lessons of The Chamber of Secrets is about believing in yourself. So many people accuse Harry of being the heir of Slytherin, that he begins to doubt himself. However, these doubts are proven baseless at the end

of the book, as he pulls the sword of Gryffindor out of the sorting hat. This can only be done by “a true Gryffindor.” It’s important to believe in yourself and your own abilities, even when others express doubts. 3)Time Management Can Change The Outcome of a Project

This is perhaps a somewhat fanciful example, since time management in the Harry Potter world involves literally being able to go back in time. However, we’ve all run up against deadlines and though “if only I could have 5 more hours.” Planning your timing carefully is important to practical success as well as magical.

4) Avoid Buying Into The Rumor Mill

At the end of his 4th year, Harry finds himself the subject of a lot of gossip, some of which speculates about his sanity. He struggles with knowing what his classmates think of him, but being ultimately unable to respond do the rumors. Take a lesson from Harry’s perspective, and avoid talking about others behind their back. Gossip always gets back to the person you’re talking about.

Over the course of the 5th book, Harry begins to realize he has a level of insight into the thoughts of Voldemort. He is able to trust this insight and end up saving the life of his friend Ron’s father. However, later in the story, hasty action ends up resulting in the death of Harry’s godfather. It’s important to both trust your instincts, and think your actions through thoroughly. Instinct without thought can result in careless mistakes or oversights. 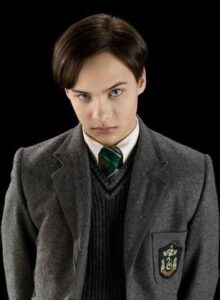 6) Research Is An Important Step In Overcoming Challenges

Over the course of The Half-blood Prince, Harry works with Dumbledore to trace through the history of Voldemort’s early life. This enables them to better understand the adult Voldemort, and begin to get a picture of how he can be defeated.

If you find yourself unsure of how to approach a task or challenge, it never hurts to do a little research first. Understand exactly what you’re being asked to do, and how others might have tried or failed to do it, will give you an idea of where to start.

7) It’s Never Too Late To Turn A Situation Around

One of the ultimate lessons from Harry Potter series is that you should never, ever give up hope. Harry walks into the Forbidden Forest in the final book expecting to die, and yet he survives. No matter how dire a situation is, there’s always a way to turn it around. Remain focused, rely on your coworkers to do their parts, push through the unpleasantness, and you will be able to pull through.

“It is our choices, Harry, that show what we truly are, far more than our abilities.” How to Improve Cooperation in the Workplace

How to embrace team collaboration? For an organization to run smoothly and meet its goals, it is important to foster a work environment that supports collaboration amongst colleagues. Unfortunately for most organizations, this does not occur naturally, and thus you must make an effort and take steps to help build and sustain a cooperative work environment. Team building: It is a very common term that is often discussed in many organizations today as a means of trying to get employees to accomplish common goals.  Although the term itself may have developed a more negative meaning over recent years, Forbes Magazine says, “Team building is the most important investment you can make for your people.  It builds trust, mitigates conflict, encourages communication, and increases collaboration.”  In order for this to happen, you have to be innovative when coming up with team building activities.  Try to think past the often used group picnic idea, and implement team building practices that will allow employees and coworkers to use their strengths to bring better, long-term value to your business as a whole. We recommend implementing these 5 team building best practices at the workplace: