The Nexus Speed Networking event is comprised of a series of fun, challenging activities combined with interactive get-to-know-you discussions designed to promote camaraderie and enhance relationships! 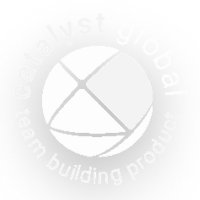 We also offer a virtual version of this event. Want to check it out?

Nexus is a high-energy speed networking event that’s sure to get people meeting, chatting and exchanging all sorts of unusual insights and facts about their own life, their company and other tailored information that you would like to know and share.

The networking event game begins when a locked device is produced, containing the key to who and where in the room their team will be, along with a novel ‘human treasure hunt’ to complete. Teams progressively unlock the giant puzzle, finding out who’s who and where their team is to win as individuals and as a team.

Relatively quick at 30-40 minutes long, our network activity icebreaker is a prime example of effectively accelerated networking, getting to know people through fun and interaction, while also involving teamwork and plenty laughs along the way. 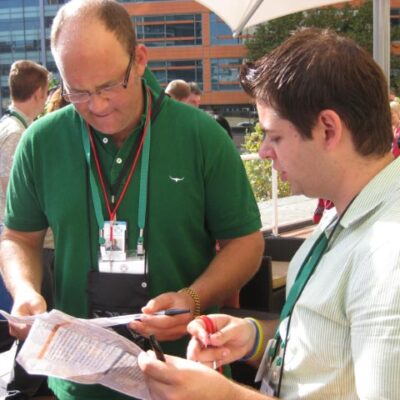 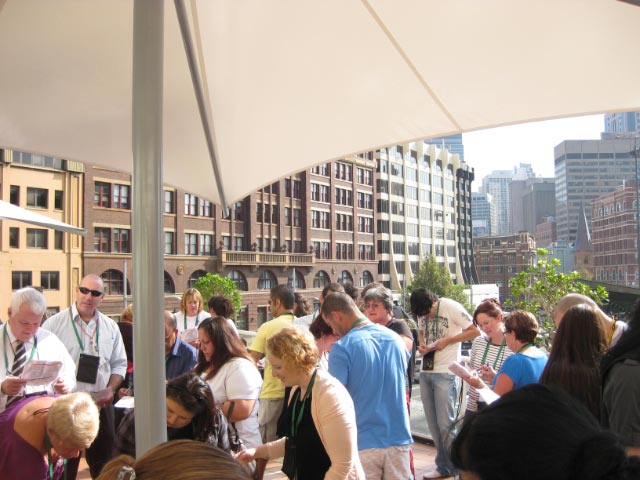 Flexible.  It can be done standing in a crowd, them getting out of existing meeting seating, in a bar, around cocktail tables / whatever really?

TeamBonding has a number of events and approaches that are designed to accelerate networking between people at meetings and off-sites whether staff, leaders or clients (or all three).​

Today was an awesome event! Our employees loved it! Paul was amazing! Thank you very much for the organized chaos! C’mon Down - Love it!”