Survey Says is just like the classic TV show, and includes a centerpiece “Face Off” player position, as well as the “family” stations. Survey questions are displayed on a video projection screen using a professional survey software application. Our game show host will present this game show just as you see on TV. We can use our survey questions, or your customized survey questions. 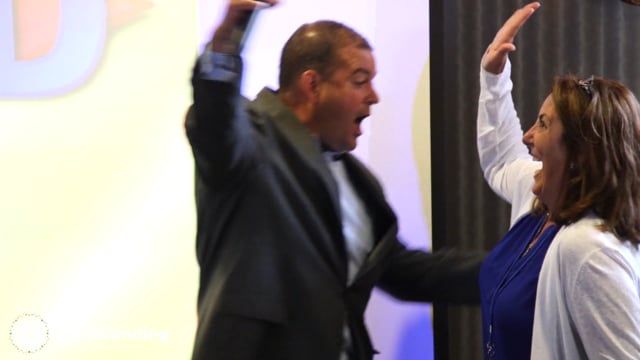 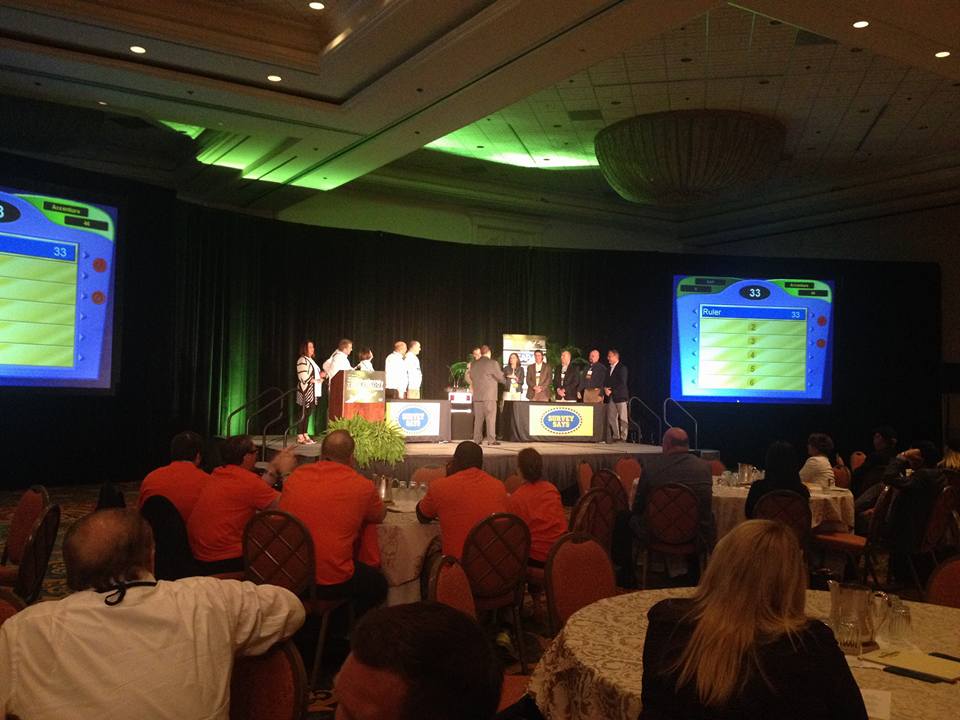 Safety is our #1 Priority

Like you, we want to protect everyone's health. That's why we have implemented policies that follow CDC guidelines, so you can focus on building your team.

Temperature checks for all staff will be conducted before entering the event space.

Masks will provided for all TeamBonding staff and worn when/where necessary.

Glove and/or hand sanitizer stations will be available at each event.

All materials provided will be pre-disinfected and/or single-use only.

Indoor/outdoor spaces will be used as much as possible.

Program set up will allow for 6’ space between chairs.

Facilitators and event staff will be COVID-19 Awareness Certified.

Survey Says is TeamBonding’s hilarious adaptation of the classic, long-running game show in which two teams try to guess the top six to ten answers displayed on the board.

This corporate trivia program is by far one of our most popular game show formats that we present. Think team building version of Family Feud!  How well do you know your co-workers, company and company culture? You’ll have a great time finding out with the Survey Says team building trivia activity.  Teams that play Survey Says, each with 5 to 8 people per team. In most cases, teams play for approximately 15 minutes, and other teams are rotated through to maximize the number of people that get to play. There is usually a “championship round” at the end to determine the champion of the team building trivia activity.

Game questions can be unique to your organization (ESPN customized all their questions based on an actual company survey) or let us mix company-specific questions with other fun general-knowledge categories. Special highlights include the Buzzer Round, Get Ready to Steal, and the Final Fast Money Round.

A sure-fire winner, the Survey Says corporate trivia program works extremely well between courses of your company dinner, holiday party or as a stand-alone company event.

Have a large group and want everyone to participate?  Ask about our Audience Response System allowing a group of any size the opportunity to “vote” or “answer” in teams, during a game show-formatted team building or training session.

Full Survey Says set requires a 32′ wide by 24′ deep space, however, smaller configurations of the set are available for smaller spaces(as small as 10′ x 10′).

I wanted to let you know that our team building event was absolutely awesome! Michael Riley did a great job as MC, joking with everyone, personalizing the teams, plus keeping everyone engaged and in hysterics. They all had a fabulous time! They are still talking about how much fun they had. We have a very competitive sales team and the Survey Says program was perfect. The wigs were a great addition to the game – even Michael wore one. Thank you, Michael and Diane for making our ‘fun night’ a hit! We will definitely use Team Bonding again in the future! Yesterday was our Survey Says Team Building event. We had a GREAT time. Everyone really seemed to enjoy themselves, and we’ve gotten some great feedback from our group. Thanks go to Ray and Mark who did a great job hosting, and thanks to TeamBonding for a great event! Survey Says was great. I talked to the client yesterday and they were really happy with and heard good buzz around DU afterwards about it. They were really impressed that Paul did his homework and weaved in everything they asked of him, and of course his humor and personality!

TeamBonding was amazing!!! They went above and beyond to make our event a success. They had us rolling in our seats. I strongly encourage the Survey Says game for anyone looking for an employee engagement event.

We had a wonderful experience with TeamBonding. Eric was an amazing host and really made a difference in getting the crowd going. Thank you for an amazing event. Will be a repeat customer for life.

We love doing the game show events at our company meetings, especially during dinner. It adds a little more flair, participation, and excitement around a "required meal". We add to it by having prizes available to the winning teams which ups the ante. Eric has been our facilitator a couple of times and is entertaining and energetic. We can't wait to try out some of the new events at a future meeting.

"Everything was so awesome! The game helped to get some really high energy in the room, people were enthusiastic and loved participating. Eric was great at getting our crowd hyped, was very engaging, and funny. We really appreciated his professionalism and making it fun at the same time. I also was attentive to how he was communicating with Romulo. It was very fast-paced but they were able to collaborate so well and it was so organized. We could tell they knew what they were doing, we were all impressed with it. Working with you and Catherine has been great as well. I loved that everything was confirmed before the event, we communicated at a time far out enough so things weren’t last minute. My favorite part is that you took care of everything from A – Z. If all of the games are as well run as Survey Says, then I look forward to working with your company again for our event next year. Thank you for the awesome work!" "It went really well! They are always so reluctant at first to get involved but once they do, there is no stopping them and the amount of fun they wind up having. The host was GREAT! Thank you for your help! I will be in touch with you regarding 2020 events Happy Holidays and a Happy New Year!"

"It was another great event! Please reach out to me next fall so we can plan for next year! "