Sometimes building a team can feel like being on Survivor Island, with everyone fighting to make sure their strategy will win out in the end.

Let’s say you’re a couple of weeks into your new assignment, and your team has made it through the ‘Getting to Know You’, or Forming, phase of your group’s journey. What comes next!? Well, according to Tuckman’s Model of Group Development (and Murphy’s Law) the next phase is generally one of upheaval and conflict – (cue ominous music) ‘Storming’.

May The Best (Wo)Man Win

As morale-trying as the Storming phase may be, it’s an absolutely vital part of building an effective, efficient team. During this stage, your team members promote their own ideas and strategies, and the leaders within the group jockey for position.

Your group tries to come to a collective decision on what course of action to take, usually through much discussion (heated or otherwise!) and indecisiveness, so the tasks and itineraries continuously change as ‘The Plan’ is formed.

Some teams never get through the storming phase.

This really is the make it or break it phase of building your team. If your team isn’t cohesive enough to put the best interest of the group as a whole first and foremost, then the likelihood of your team accomplishing your task and surviving to the end is slim.

Recognizing this is half the battle though! If you need some additional support for your team, TeamBonding offers many fun, interactive programs, such as The Charity Bike Build,Corporate Survivors,Canned Good, and Ice Sculpting, that will help you eliminate the internal conflict and get through Storming and on to….

Well, you’ll have to tune in next Monday to find that out!

How will your team brave the storm? What tactics have worked for you in the past? 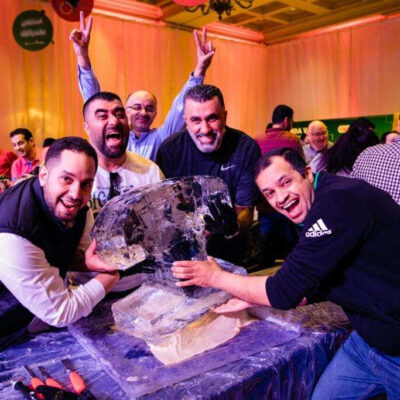