I’m Joyce Ngo – public relations enthusiast, student, and currently TeamBonding marketing intern. This summer as part of my internship I will be focusing on social media and bringing the experience of the events and programs we do to the mass public from my perspective. You’ll get a behind the scenes view of what happens before the event and the preparation that goes into it. I’ll be posting blog posts about my observations and experience at each event. Basically, you’ll get to see what Joyce the Intern sees, no fluff. This time I went to a Team Teddy Rescue Bear.

Team Teddy Rescue Bear is one of TeamBonding’s popular charitable programs. Each team has puzzles to solve, codes to decipher, and secrets to unlock to acquire the resources that they need to build a series of custom teddy bears – teddy bear skin, stuffing, felt heart, etc. The participants divide into small work teams. Teams assemble bears of their choice bycarefully stuffing them to huggable perfection. Once these furry friends are created, they are dressed in a variety of fun outfits giving them an identity of their own. They get a birth certificate with a unique name, hobbies, and interests. Turning these bears into a toy for a child can be incredibly rewarding, the greatest challenge is to let go of these cute little ones when you have put much effort into its creation.

One girl said,”I hope whoever gets Crystal really loves her because we put a lot of effort into creating her and choosing her hobbies like being a fairy princess and singing.” Here’s a fun fact, when I first read the name of the event “Team Teddy Rescue Bear,” I actually thought that a mistake was made and it was supposed to be “Team Teddy Bear Rescue.” Well it was not a mistake because originally firefighters and police officers used teddy bears as a way to comfort children who had been in accidents or fires, where in somecases, the kids have lost everything. The teddy bears were made to comfort and soothe children who had been through a traumatic event. In a way they still are being used for that now too since these bears were being donated to Shriner’s Hospitals for Children – Boston. They’re placed on the bed of a child as sort of a surprise for when they get there and then doctors will actually demonstrate what the procedure will be on the bear to make the child more comfortable and less fearful. The group for this event was of a younger age (around college age) and they were very excited to get started once they saw the teddy bear skins, the games, and the outfits for the bears. Some of the high points of the day were during the bear-themed games they were playing, one of which they had to name famous bears after being given only a couple letters of their name and having to fill the rest out. There were some playful arguments at the end during the judging over whether __AL__ was really Balu or if it was “Sally” and if it was Fozzy Bear or Fuzzy Bear. With the generation gap the judges thought maybe “Sally” was a new bear and they took some time to check it out, only to realize that the team had just been making it up trying to get the points.

Really the most frequently mentioned thing was the comparison of this program to Build-A-Bear Workshop and how it gave many of them flashbacks to when they were younger – nostalgia. I admit when I saw the setup for it, I thought it was a knock-off of Build-A-Bear 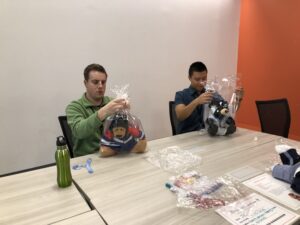 Workshop too. With the bear skins, costumes, and felt hearts – how could it not be? I was quick to realize that although they are similar processes and component, there was a fundamental difference between them.

Build-A-Bear is mostly filled with kids getting stuffed animals for themselves, maybe even a sibling or a friend, or an adult getting it for a child they know. Team Teddy Rescue Bear is about creating this stuff animal for someone else, for a child that needs that comfort that only snuggling a soft bear can give (we all had those days).

While I didn’t make a bear personally, watching the video that the children’s hospital representative brought to show everyone where their bears were going, seeing everyone getting really into naming the bears and giving them a personality, and the conversations going on while building the bears really amazed me and in a way moved me. It’s not often that you get to see the younger generation really involve themselves with philanthropic acts (which isn’t true but it’s what many older people think) and it was really a great experience. 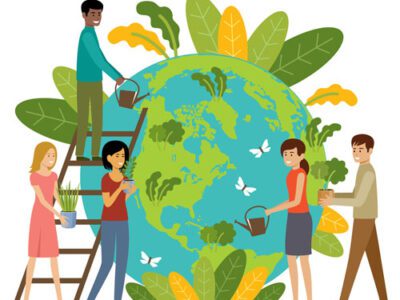