Leading is Believing (in your Team)

This quote is for all the leaders out there working to inspire their team and lead them in a direction that is both positive for the company and the individual. Great leaders do not only direct, but they also have the ability to foresee how specific skills will work together.

Rosalynn Carter was the wife of Jimmy Carter, the 39th President of the US, and therefore the First Lady from 1977 to 1981. But, Rosalynn Carter was a leader in her own right. While her husband was leading as president, Rosalynn was very politically active serving as Jimmy Carter’s closest adviser and sitting on the Cabinet. She was also a strong supporter for many causes in the 1970s and 1980s in America and is most well known for her advocacy in mental health research. She represented Jimmy in many meetings both domestically and internationally, with her most notable role being appointed as a diplomat to Latin America in 1977.

And her advice on leading others?

Rosalynn also believed in being tough enough to follow through with something. She said that doubt will not lead to accomplishment, and having confidence in your ability is the key to succeeding. Great team leaders in business and politics believe in their people more than their people believe in themselves. This allows leaders to push their team members to new places and prove to them that they have the confidence they need to make it happen. Are you leading your team to do something they never thought they would accomplish?

Let us know your stories about how you have taken on new tasks because your leader believed in you! Check back for more team building quotes each week and let us know which ones motivate you. 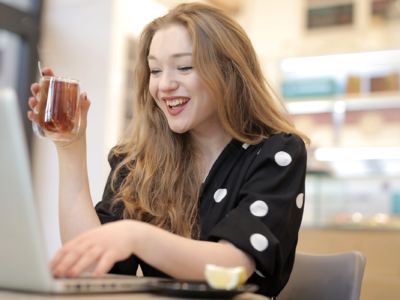 At TeamBonding, we are experts at mixing work & play to create team building events, both virtually and in-person globally, for businesses looking to positively impact their company culture, employee engagement and retention, on-the-job effectiveness and job satisfaction.

Steps To Starting Out Your Remote Team

We’ve outlined five steps for starting and managing a remote team with a focus on building culture. No longer a special arrangement for a handful of team members, remote work has become more common than ever. Today, the impact of the coronavirus (COVID-19) has imposed work from home mandates, and many companies need to start and manage remote teams, fast.

In a world rife with distractions and a population more easily sidetracked than ever, it’s becoming more and more difficult for companies to keep their employee morale strong.

Any business knows that a strong team is needed for true success and measurable growth.

The Best Ways to Improve Work Performance in 2020

With a new year comes new goals and challenges. As a business owner or manager, some of those challenges include figuring out how to increase numbers and maximize efficiency. Most of your success, however, comes down to one thing – improving work performance. In this series of articles, we take five minutes to chat with a member of the TeamBonding team so you can get an idea of the sort of people we are. In this installment, we introduce our new Director of Corporate Events, Genna Fernandez.