Request Rates
On April 10, 2012, United States Army Staff Sergeant Travis Mills of the 82nd Airborne was critically injured on his third tour of duty in Afghanistan by an IED (improvised explosive device) while on patrol, losing portions of both legs and both arms. He is 1 of only 5 quadruple amputees from the wars in Iraq and Afghanistan to survive his injuries. 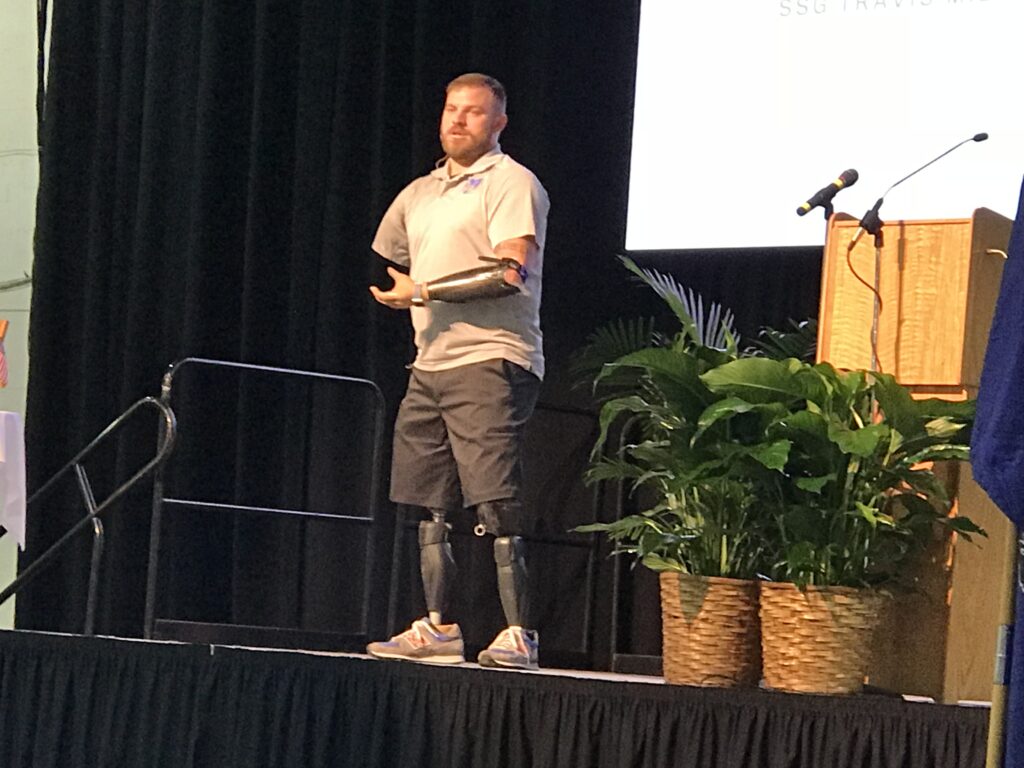 On April 10, 2012, United States Army Staff Sergeant Travis Mills of the 82nd Airborne was critically injured on his third tour of duty in Afghanistan by an IED (improvised explosive device) while on patrol, losing portions of both legs and both arms. He is 1 of only 5 quadruple amputees from the wars in Iraq and Afghanistan to survive his injuries.

Thanks to his amazing strength, courage, an incredible will to live, the heroic actions of the men in his unit, the prayers of thousands, and the amazing healthcare providers at Walter Reed Army Medical Center, Travis remains on the road to recovery. Every day is a battle, but Travis continues to astound friends and family alike with his progress and with his amazing spirit. SSG Travis Mills is a genuine American hero, and for his incredible sacrifice, we are forever in his debt.

In November 2013, Travis retired from the United States Army. Looking to the future, Travis established the Travis Mills Foundation, a nonprofit organization, formed to benefit and assist combat-injured veterans.

Travis formed the Travis Mills Group, LLC where he consults with and speaks to companies and organizations nationwide inspiring all to overcome life’s challenges and adversity.

Travis Mills’s keynote speech teaches and inspires audiences nationwide to “Never give up. Never quit.” no matter the obstacles or circumstances.

Travis’s larger-than-life personality, sense of humor and incredible spirit for life engages audiences from the moment he takes center stage. Travis’ speaking engagements take him all over the world ranging from football stadiums to conferences, to classrooms. His motivational speeches reach a wide variety of people from all walks of life.

We expected a good talk that highlighted his injuries and time at Walter Reed Hospital. What we received was so much more…

Travis taught us all two very important lessons that day. Number one- you can only move forward in life and it’s critical to stay positive. Number two- anything in life is possible as long as you never give up and you never quit.

I can honestly say that while his story is one of inspiration and a true American hero even more compelling is his ability to connect with his audience. I have seen near a hundred motivation speakers over the years and there are only a few I found that come across so genuine and as comfortable as a speaker as he.