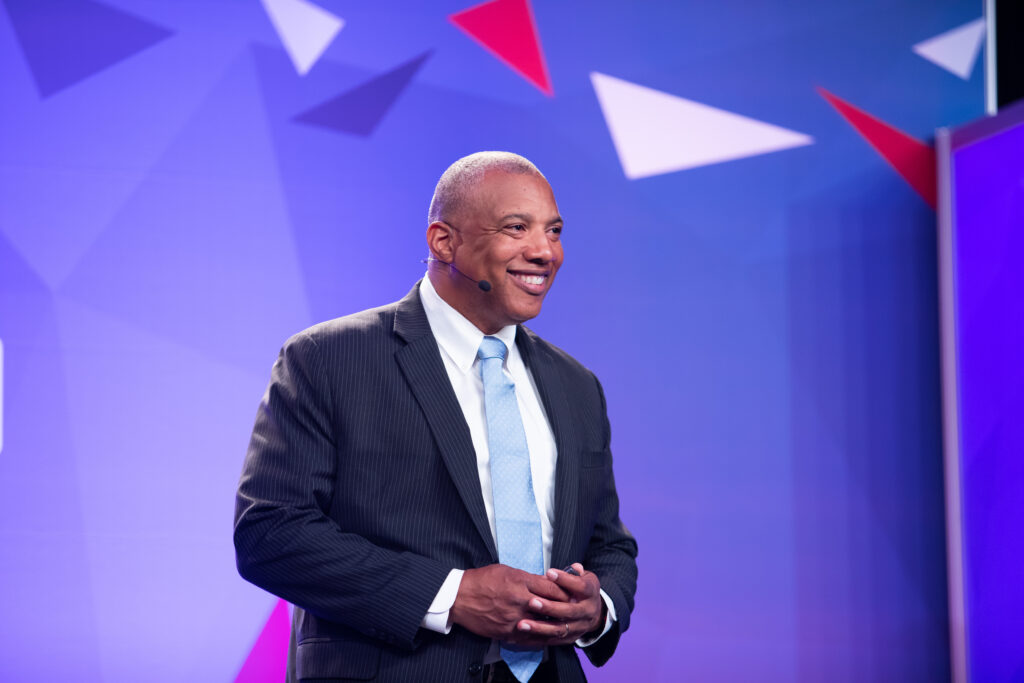 Book John Register today for your next event or conference and take an inspirational journey of courage, resilience, and leadership in the face of adversity. From All-American long jumper to Paralympic Silver medalist, John is often called the modern day renaissance man. Besides his athletic accolades, John had a successful career in the military and served in the Gulf War as a soldier in the U.S. Army. He is considered a leading expert in management and strategic communication and was appointed by former U.S. Secretary of State Condoleezza Rice as one of 8 members to advise her on disability foreign policy. 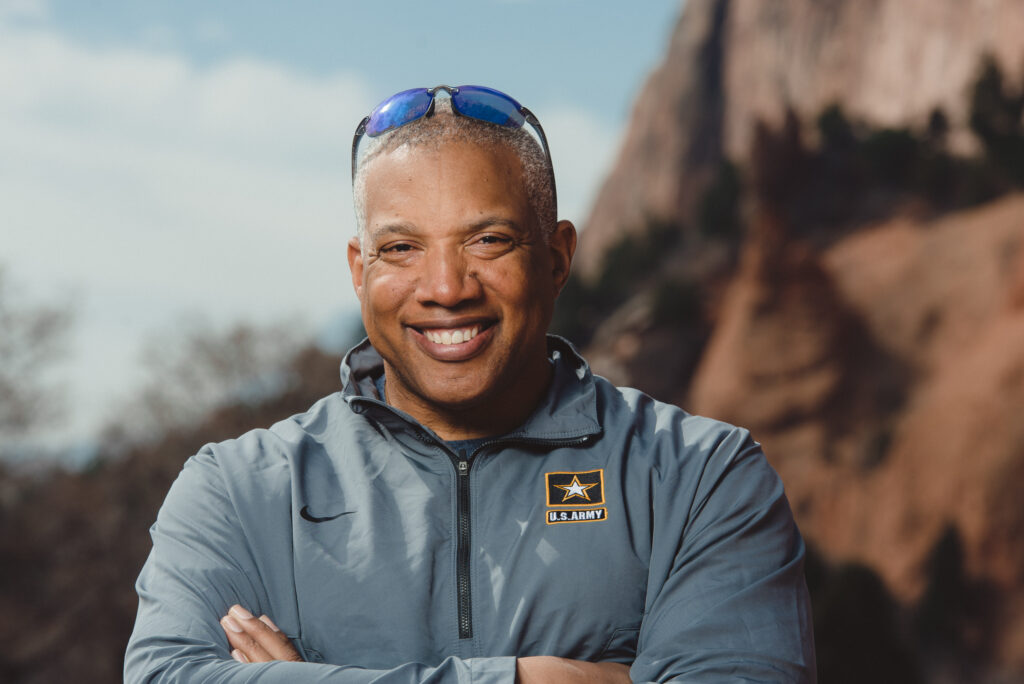 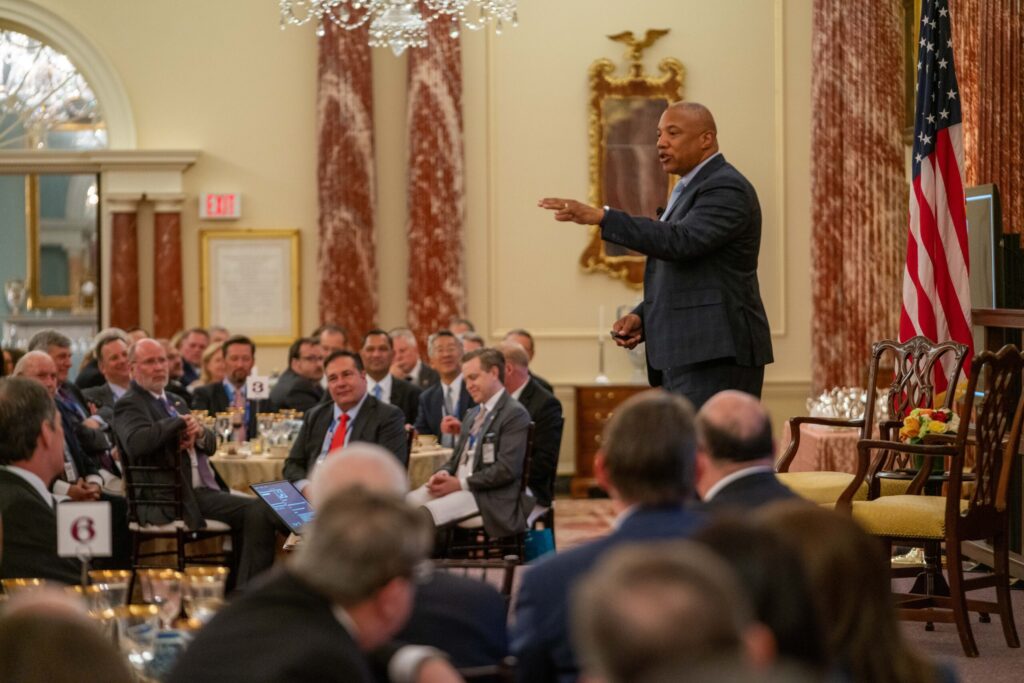 Book John Register today for your next event or conference and take an inspirational journey of courage, resilience, and leadership in the face of adversity. From All-American long jumper to Paralympic Silver medalist, John is often called the modern day renaissance man. Besides his athletic accolades, John had a successful career in the military and served in the Gulf War as a soldier in the U.S. Army. He is considered a leading expert in management and strategic communication and was appointed by former U.S. Secretary of State Condoleezza Rice as one of 8 members to advise her on disability foreign policy.

People have the courage to change their lives after hearing John’s presentation.

Guaranteed to be one of the most authentic, riveting, edge of your seat, presentations, that will inspire you and your team to create the new normal.

John’s authenticity means your team will not be listening to a talking head who shares stories and examples from other peoples experience; it will be 100% John.

John also couples his presentation style be not being a talking head, as he puts it, “I’m not the talking head expert, I am the facilitator of the brilliance already in the room. Together we discover what is greater.” – John Register

Well, for John Register, just 27 months post surgery he qualified and made the Paralympic swim team. Four years later, after re-learning how to run on a prosthesis, John ran and jumped into the history books winning the long jump silver medal in Sydney, Australia.

John now uses the lessons he learned about change management, competitive advantage, and resilience to demonstrate to business leaders and sport collegiate professionals the process of hurdling Adversity and creating a new normal in life.

John has a unique ability to take the lessons he learned and make them relevant to each audience. His dynamic, authentic and engaging personality coupled with his expertise to facilitate real change during his presentation, makes him a highly sought after experiential speaker and trainer. It is probably why he was asked to give not one, but two, TEDx talks.

John’s delivery style is to get out of the way and just facilitate the brilliance already in the room. This means your team will be active participants in an interactive experience and will leave with tangible action steps for growth.

John’s courage in the face of uncertainty inspires international audiences. He has spoken on 4 continents and been featured on numerous television shows such as, PAX’s “It’s A Miracle,” with host Richard Thomas; MSNBC’s “Morning Blend” with former host Soledad O’Brien; NBC’s “The Weekend Today Show” and FOX’s “The Edge” with former host Paula Zahn.

In 2007 he was appointed by Secretary of State Condoleezza Rice as one of eight members to advise the Secretary on Foreign policy Issues regarding disability. He continued to serve in this capacity under Secretary Hillary Clinton.

In 2016 he served as a U.S. Embassy Sports Ambassador to the country of Uzbekistan and in 2017 led educational change in the positive reporting of Paralympic sports athletes with news reporters, bloggers, and television personalities in the country of Kazakhstan. In 2016, John earned the Certified Speaking Professional CSP) designation. Only 11% of global speakers have achieved this status. But more than that the accolades and certifications, John is a dynamic speaker who commands his listeners’ attention with absolute authenticity, and a fresh mix of humor, emotion, and enthusiasm. His speaking style brings out the expertise in the room through highly engaging interactive activities and his anecdotal stories are applicable to any audience. You will leave more inspired to reach for the medals in your own life.

This highly interactive presentation empowers attendees to plan past their setbacks in order to be more productive. Just as a hurdle race has 10 barriers that must be overcome for a successful race. John’s will guide you through the core elements to succeed over setbacks. Attendees will learn techniques to empower their environment. These outcomes are benchmarked at 30, 60, and 90 days through either self-identified, self-guided and/or, company guided inspirational plans.

Diversity takes on many forms. Even seeing the word written on a person can conjure up emotional ties. We may often think of diversity in a very conventional way but when we take a closer look we find that diversity is all around us. Not only can it be our cultural differences in values, beliefs, and norms, but it can also take on the form of job skills and specialties in the workplace. Understanding and appreciating the differences from one’s own culture can lead to richer and better solutions to goals and challenges.

Citius, Altius, Fortius. These three Latin words are the foundation of the Olympic movement.

What lessons can be learned from an athlete’s journey to winning an Olympic medal? How can you harness the laser focus of the world’s greatest athletes? What systems can be employed in reaching one’s own podium in life?

These questions and more are answered in this uniquely designed keynote that takes leaders inside the mind of an athlete.

For example, did you realize that most athletes who make an Olympic team will not medal at the event? How then to those who do medal manage the distractions and stay focused on the task at hand? John walks you through his athletic journey, both Olympic and Paralympic and shares his insights on gaining the edge over competitors to always put him in position to win.

The interactive activities and exercises the participants take part in will release the competitive champion spirit in your organization and position you to be a top your medal podium.

By the end of this presentation your team will learn:

Your company will be in a better position to win and sustain the competitive advantage after this dynamic high powered presentation.

Times are tough; people have challenges and it has become easier for people to just give up. John's presentation is a fresh air of inspiration for those of us that believe that you can be successful in spite of what life throws at you. He has overcome great adversity and made a perceived weakness his strength. We can all learn from him. Great presentation, thank you!