In this series of articles, we take five minutes to chat with a member of the TeamBonding team so you can get an idea of the sort of people we are. In this installment, we talk to one of our facilitators Deric, about his favorite movies, historical leaders, and love for bacon!

What is your favorite part of working for TeamBonding?
I have so many favorites! I love meeting new people, seeing the country, and almost never having the same event twice. It is always a new experience between having different participants, or a different program… and most of the time both.

If you could live in a book, TV show or movie, what would it be?
Well, assuming that a low-level assistant or even a waterboy with the patriots would not count as a TV show… I would have to go with being in the Star Wars universe. Obviously I would crush the Resistance/rebel alliance once and for all… Kidding, I would just want to drive the millennium falcon at least once and use a lightsaber to cut the Thanksgiving turkey.

If you could take only three items with you on a deserted island, what would they be?
Since you say “items”, I assume people are off the table here…

3- My iPad with pre-loaded movies and a solar charger

What is one food group you can’t live without?
Potatoes (so versatile) and winning the honorable mention: bacon!

If you could choose one superpower, what would it be and why?
Green Lantern’s power ring… best superhero, worst movie.

If you could time travel, would you go to the past or the future?
Definitely the past. I love history and would love to see this country throughout the years.

What is your favorite four-legged creature and why?
All of them!! My top three: foxes, skunks, and honey badgers.

If you could invite three famous, historical leaders to dinner, who would you invite and what food would you eat?
I would invite William Wallace, Sam Adams, and Theodore Roosevelt. William seems like an awesome guy to meet. Plus, I’m just a little curious how those highlanders smelled. I mean… how often could they bathe? Sam Adams, because he is one of America’s founding fathers,  would be a really interesting guy and rebel-rouser. Lastly, Theodore Roosevelt, who has a lot of stories to tell! 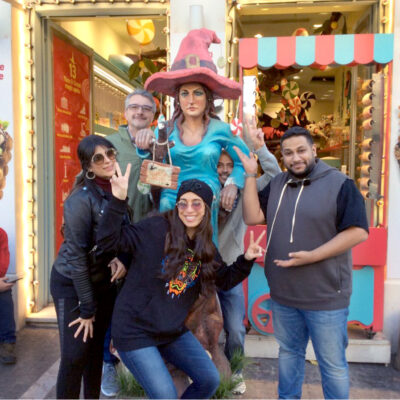 For the 6th Time, TeamBonding Appears on the Inc. 5000 List! Ranking No.4,516 With a 3 Year Revenue Growth of 70%. TeamBonding has earned a spot on Inc. Magazine’s 5000 list, the most prestigious ranking of the nation’s fastest-growing private companies. Ranked at 4516, this marks the sixth time TeamBonding has been named to the reputable and exclusive list. To protect your health and peace of mind, we have implemented policies to follow CDC guidelines so you can focus on building your team. We have over 100+ corporate team building activities either online, in-person, or a hybrid of both, we facilitate everything to ensure it all runs smoothly, and safely. All events are customizable to meet your teams’ needs and boost engagement, communication, and productivity.